10 Animals With Abilities That Put Your Superpowers to Shame

There really are animals that can do things that would be the envy of the Marvel Extended Universe. 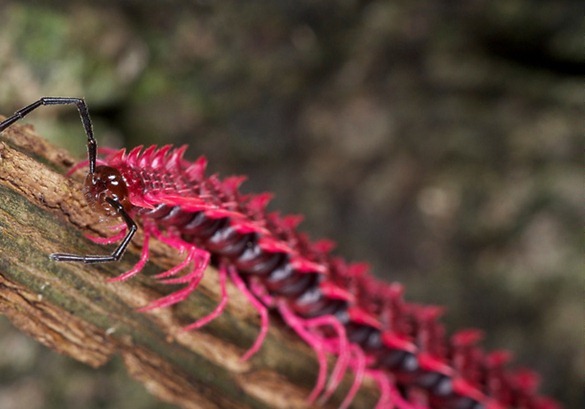 Some animals have modest superpowers. For instance, cats have the incredible ability to sleep 20 hours and actually be rewarded for their laziness with catnip and squeaky mouse toys. Polar bears have been taught to solve complex algorithms…or so we are alleging without a shred of evidence. But there really are animals that can do things that would be the envy of the Marvel Extended Universe. Here are some of the most impressive feats in the animal kingdom.

Hairy frogs get their name from the hairy, hula-skirt-lookin’ thingies that cover the males’ thighs. When another animal tries to mess with the hairy frog, they attack back with protruding claws they create by deliberately breaking bones in their toes. Not surprisingly, they are also called Wolverine frogs. And horror frogs because as Shaquille O’Neal or P. Diddy prove, the true sign of status is having multiple nicknames.

You would think that merely looking at a dragon millipede at a distance would make you want to stay as far away from it as possible. But predators are stupid, you see. So when they approach this freaky fluorescent pink insect hoping it will suffice as lunch, they pay the ultimate price. The dragon millipede shoots a cloud of hydrogen cyanide at their foes so that they can live another day doing whatever it is dragon millipedes enjoy doing in their spare time.

Can Mr. Barky Von Schnauzer peer into the future? That’s up for debate. But as anybody who owns a dog can tell you, their furry pet seems to really have a knack for predicting when their owner is coming home. In fact, studies on the matter indicate that they are pretty accurate at anticipating their owner’s return. Is it precognition? Who knows. But one thing is certain: I’ve already got a Lambo picked out, so now I’m just waiting for my dog to start barking out next week’s winning lottery numbers.

4. Jellyfish can live until the end of the world

So here’s the situation. Every time jellyfish make sweet, sweet love, they revert back to their juvenile form. This process is called Turritopsis nutricula and scientists believe it could hypothetically allow them to live forever. So there you have it: the key to immortality is an active sex life.

Everyone feels insecure about themselves at least once...

Remember Günther Krabbenhöft? Well, this man could be either...

Get ready for an explosion of flavor and we hope you can...

Many rappers from the golden age of hip-hop have remained...

Though Guinness logs a whole lot of records today, adding...

This Artist Creates Relatable Comics About Life As A Woman...

Life is different for everyone and every single person has had different experiences....

Does The Queen Expect People To Bow When They Meet Her?

According to the Royal Household, Queen Elizabeth does not expect non-royals to...

41 Useful And Lesser-Known Pet Care Tips By This Vet

All the proud owners of their beloved furballs, take notes, everyone! These are...

I Created Comics To Show How Weird, Wild And Hilarious...

To celebrate Father's Day, I put together a collection of comics about the diverse...

41 Useful Pet Care Tips From This Vet With 1.9M Followers

All the proud owners of their beloved furballs, take notes, everyone! These are...

The Casting Choice That Had AHS Fans Scratching Their Heads