Volcanoes, a.k.a murder mountains of death. They’re all over the place, like zits on a teenager’s face. 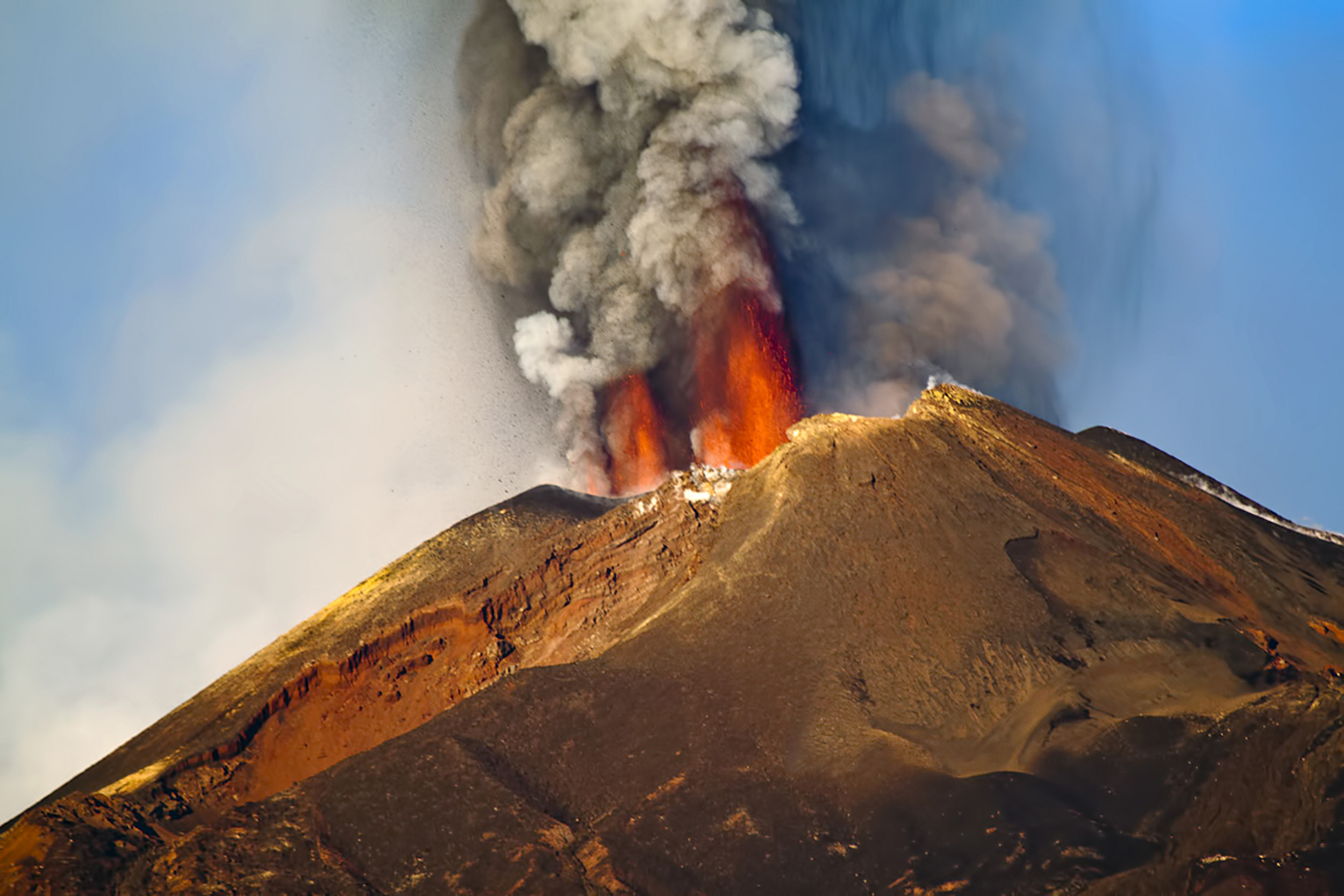 Volcanoes, a.k.a murder mountains of death. They’re all over the place, like zits on a teenager’s face. Some are dormant and will never cause trouble. Others erupt on a regular basis but result in nothing more than a bit of smoke. However, from time to time, our civilization encounters an eruption so powerful that it completely wipes out entire cities, like the one in Pompeii in 79 A.D. years that killed around 2,000 people. Can something like that happen again? It will. It’s just a matter of time before another volcano wrecks havoc on humanity. But where? We’ll examine 8 candidates. And because we’re so helpful, we’ll even let you know how worried you should be if you happen to live near any of them.

When people think of Taiwan, few picture volcanoes. And yet scientists have said the Tatun Group shows all the indicators of a volcano. The city of Taipei is located nearby, so an eruption would create a whole lot of chaos as a result of mudflows and ash.

How worried should I be? You’ll probably be okay. But if a volcano erupts somewhere else and wipes out that community, pause for a moment and be grateful it’s not yours. And then carry on as usual because you’ve got some Netflix shows to binge on.

Mount Hood is the highest peak in the state and located around 90 minutes from Portland, the state’s biggest city. The volcano has been active intermittently over the past half a million years, with the last major eruption taking place around 300 years ago. The next eruption might not be powerful, but it could still cause serious problems in the surrounding area. Pyroclastic flows, ash clouds, and mudflows caused by collapsing domes could spell disaster.

How worried should I be? It wouldn’t hurt to be diligent. Make sure your car has a full tank of gas just in case you have to flee to Idaho on short notice.

One of the most active volcanoes in the country, with the most recent eruption occurring on May 11, 2018. Pyroclastic flows are the real threat here, spewing toxic gasses into the air and potentially endearing the 24 million people who live in the surrounding area.

How worried should I be? Moderately. Might want to update your will just in case.

Ninecrow is a horror/mystery webcomic about a teenage girl...

People change, but this article is less about what Melania...

By 1883,William Cody had founded his grand production,...

How The Full Moon On June 24 Will Affect You If You're...

The full moon on June 24 brings with it some big possibilities. For Capricorn, this...

The Truth About Alec Baldwin's Struggle With OCD

Alec Baldwin got candid about living with OCD on his podcast.

Although first ladies often have their own "pet projects," Evita Peron was more...

Can The Lettuce Water TikTok Trend Really Help You Sleep?

What's the latest TikTok trend? According to social media users, it's something...

Fantasia Barrino Shares The Latest News On Her Newborn...

It has been a long journey for Fantasia Barrino's new baby girl.

Here's Why General Cornwallis Surrendered In The Battle...