It's the ultimate place to catch all your favorite Disney tunes. The post You’ll Want to Make SiriusXM’s New Disney Hits Channel Part of Your World appeared first on Red Tricycle.

Your kiddo’s Disney music dream is about to come true! If they’re all in for hour after hour of magical music and more, tune in to SiriusXM’s new Disney Hits channel.

SiriusXM recently announced the addition of a first-of-its-kind Disney music channel—moving to the service’s lineup on Thursday, Mar. 25. Along with music from new Disney fan faves, Disney Hits (channel 302) will also include beloved classics. 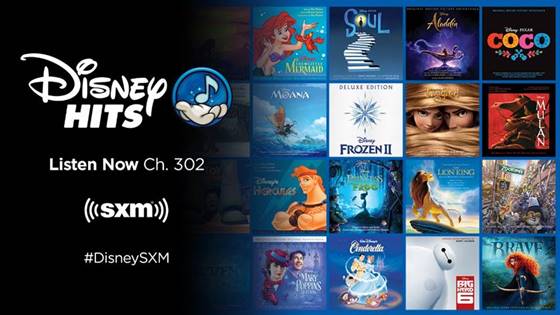 Listen for music from Disney movies, TV shows and so much more. This includes tunes from The Lion King, Beauty and the Beast, Toy Story as well as Frozen 2, Moana, High School Musical: The Musical: The Series and Descendants 2.

Disney Princess fans can also get in on the listening action. The new channel will present a new featured hour premiere every Monday. The first of these awesome experiences will air Mar. 29 and will include songs from famed Disney Princesses such as Belle, Ariel, Tiana, Cinderella and other icons. Following the first featured hour, the Disney Hits channel will put a spotlight on “Disney Villains.” Listen for Scar, Ursula, Cruella de Vil and others on Apr. 5.

Get the scoop on how to listen to Disney Hits on SiriusXM here.

Save the Date: The Descendants Are Reuniting for a Royal Wedding

8 Beautiful San Diego Nature Preserves to Explore with Your Kids

If you've ever looked at Selena Gomez's makeup and wondered...

Prince William and Prince Harry weren't speaking at all...

We asked around for tips on what we should be stocking...

Bob Newhart's net worth is considerable, and it reflects...

Here's everything we know about tennis pro Andy Murray's No. 1 support and partner...

"Gorilla Glue Girl" Tessica Brown is making headlines again, but this time, it's...

The Teen Dramedy Hidden Gem You Can Watch On Netflix

Hannah Marks is an up-and-coming star, and this 2018 teen dramedy, now on Netflix,...

Why Serena From Good On Paper Looks So Familiar

Serena from "Good on Paper" has an extensive resume, even making an appearance in...

Jon Pierre and Mary Tjon-Joe-Pin from Two Steps Home shared with the list what they...

Woman Shares How This World Was Built For Men, And Her...

The Iliza Shlesinger Rom-Com That Everyone's Watching On...

If you're curious how Iliza Shlesinger's particular brand of comedy translates to...

The Truth About Teresa Giudice And Danielle Staub's Relationship